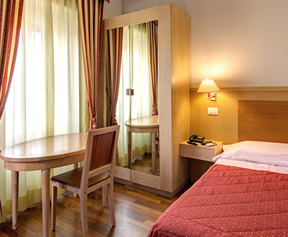 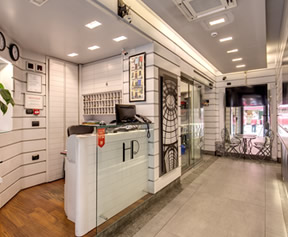 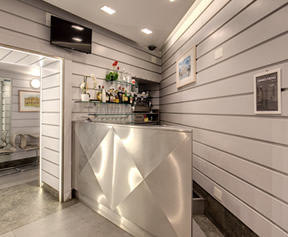 The location is one of the main advantages enjoyed by the Rio Hotel Milan. Standing right in the centre of this beautiful northern Italian city – in the ancient Centro Storico (Historical Centre) – Hotel Rio Milano provides easy access to the entire city. Situated on the charming Via Mazzini, Hotel Rio Milan provides easy access to the famous Milan Cathedral (Il Duomo Di Milano) and Sforzesco Castle, as well as to all of the main shopping districts (and there are plenty of those in Milan!)

Il Duomo di Milano is the seat of the Archbishop of Milan. The cathedral is famous throughout the world for its significance to the Christian faith and the splendour of its Gothic architecture. Built from the late 14th well into the 19th century (and work still continues), the Duomo is one of the world’s largest churches, being second in size within Italy only to Saint Peter’s Basilica in Rome. Close by, Sforzesco Castle – now used as an art museum – is equally impressive. Meanwhile Duomo Metro Station is close by, from where the rest of the city is easily reached.

Via Mazzini is also close to Piazza Borromeo, where you’ll find the Palazzo Borromeo. Much of it was damaged by fire after being bombed in World War II but it remains one of the must-see attractions for any discerning sightseer. Set in the historic centre, Rio Hotel Milano is ideal for both leisure and business travellers. Our address is Hotel Rio Milano, Via Mazzini 8, Milano.

Some of Milan’s better known attractions – such as Milan’s Duomo Cathedral and Sforzesco Castle – are within comfortable walking distance of the Rio Hotel Milan. However if you’d rather not walk, our concierge will be only too happy to call you a taxi or let you know where you can get a bus. Alternatively the Duomo Metro Station is close by, from where the rest of the city is easily reached. Ask at reception for a map to the city. Hotel Rio Milano is located in Milan’s downtown area. Within 500 metres you will find the Duomo Cathedral, the Milan Stock Exchange, Santa Maria delle Grazie, the Vittorio Emanuele Gallery, Via Dante – with all of its shops – and the Sforzesco Castle. The hotel is well served by all kinds of public transport, and is within comfortable walking distance of two Underground stations.